Jacques de Milliano is a General Practitioner and works in Haarlem since 2003. He is connected to the VUmc as a GP trainer. After his graduation from Medical School at the Catholic University of Leuven, he co-founded the Dutch Doctors Without Borders. He worked as a visiting professor at the University Ghent, giving lectures on Health and Human Rights. In Antwerp he studied at the Tropical Institute of Medicine. At the Neijnrode University he obtained a Masters in Business Administration. Jacques co-founded the societal initiative Resto van Harte. At the University of Ghent he specialized in General Practice Medicine and has been working in his practice in Haarlem since 2003. Aside of his work in his practice, he set-up medical consultations for homeless people and people without a residence permit in cooperation with the GGD Haarlem.

Simone Steggink is practice nurse. In the practice, her area of work is mainly focussed on care of vulnerable elderly and on guiding patience with a chronicle disease such as diabteses, high bloodpressure and heart failure. She recently graduated from the Leiden University of Applied Sciences, where she further explored these arreas of work. Before working in the GP practice, she worked as a nurse both in the hospital and at home.  She studied at the Insitiute for Tropical Medicine in Antwerp, and followed a course on naturpathy and homeopathy.

Irina Schend is working as a General Practitioner.  She studied medicine at the University of Amsterdam and specialized to become a General Practitioner at the VUmc. In her final year she worked with great pleasure in Bergen (NH). After her studies at the UvA she worked at the department of internal medicine and at the intensive care. After this, I build up experience in the field of lung diseases, which she is still very interested in.

Maud Visser studied medicine at the University of Amsterdam. After her studies at the UvA she worked at the department of internal medicine, cardiology and in the field of lung diseases. Since september 2017 she is working at our practice.

Lennart Tonneijck obtained his MD in 2013 at the VUmc and his PhD at the Diabetes Center VUmc in 2018. In this year he also worked as a resident of Internal Medicine and Gastroenterology at the Spaarne Gasthuis. In 2019, Lennart started his General Practice speciality training at the VUmc and he will work in our practice during his final year until June 2022.

Jessica Lieve is a psychologist, she studied at the UvA. She is working closely with Leonie van de Lustgraaf. For more information about the psychologist, click here.

Leonie van de Lustgraaf studied Orthopedagogy at the University of Utrecht. After her studies she worked at several places in the youth care and the child- and youth psychiatry.  Since august 2018 she is working as a behavioral scientist at the ‘Centrum voor Jeugd en Gezin Kennemerland’ and she is connected to our practice as a POH for children and young adults. For more information about the youth psychologist, click here.

Irene Fortgens is a practice nurse and also works closely with Simone Steggink. Additionally to this, she supports the GP assistants, as part-time assistant.

Roos Hofman is a General Practitioner assistant and works closely together with Laura Mors. Furthermore, she is supported by Irene Fortgens and Simone Steggink.

Laura Mors is a General Practitioner assistant and works closely together with Roos Hofman. Furthermore, she is supported by Irene Fortgens and Simone Steggink. 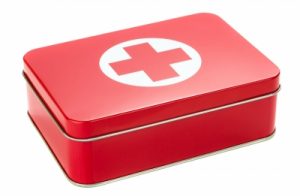